9 out of 10 children do not enjoy learning, 2 do not have any leisure time, and only half of the children are satisfied with the time spent with their family. As regards their future, children are most concerned about job opportunities, climate change, war and terrorist attacks. This was shown, among other issues, in a recent survey filled out by 5,300 children, conducted by children and volunteers led by the Hintalovon Child Rights Foundation. The “How Do You See It?” campaign was the first of its kind to involve children in Hungary when assessing their situation as a part of the UN’s five-yearly assessment.

A report summarizing the views of nearly 5,300 children has been submitted to the UN on what it is like to be a child in Hungary today. Between the November of 2018 and March of 2019, children were invited to comment on the 7 key topics that affected them. A focus group discussion was also conducted with 50 disadvantaged and disabled children who otherwise could not have participated in the survey.

What is important to children?

For children, high quality education is paramount. 30% of children find what they learn useful and that is mainly what they judge their school on. The survey has shown that in good schools there is a greater willingness to learn, yet 9 out of 10 children do not enjoy learning and one fifth say that there is too much abuse in schools.

After education, they consider the second most important thing to have more opportunities to influence decisions about the country’s future. While in the family their opinions matter, only a quarter of children feel that their opinions are taken into account when it comes to national or local affairs. While most schools have a student council, half of the children feel they do not matter. The survey confirmed that children’s participation and listening is related to their sense of security and how they feel accepted.

Children attach great importance to environmental measures. Climate change is their third most important query towards the state, and it is also the children’s second most important concern for the future.

Children want more acceptance and equal treatment. Half of the fillers said they had to fight for their dreams more than their fellow peers. Emotional security and human factors, are much more important to them than physical security. In their opinion, the school would be more secure by an accepting atmosphere and by supportive adults than by the security technology or the physical environment; as in medical care, they are more concerned with the behaviour and treatment of professionals than the conditions of hospitals. In the case of equal opportunities, acceptance and attention to financial possibilities are emphasized.

The results highlight the responsibility for the information we provide to children. The majority of children (8 out of 10) have heard of their duties, but only half of them have heard of their rights, 4 out of 10 have no idea what to do if they are hurt (60% at school and 40% at home). The textual responses also strongly echo political narratives, as well as media-themed speech topics and phrases.

It greatly determines a child’s situation, his / her opinion, where he / she comes from and from what background. Boys tend to feel that their views are taken into account – especially in the public sphere – and talk more about sexuality, drugs and alcohol to girls. There is a higher incidence of abuse among vocational school students and vocational secondary school students in school, with less access to information and less access to leisure activities. Children in the capital city are more positive about student demonstrations and refugees than villagers, while in villages their sense of security and their involvement in public affairs is higher.

The government is reporting, and so do the NGOs and children

Hungary should report to the UN every 5 years on the situation of children. The report is about what the government has done to implement the Convention on the Rights of the Child, which was enacted in 1990. The government report reports on legal guarantees, official statistics, ongoing programs and measures.

In an alternative report, NGOs reinforce or shade the picture. In Hungary, the “How Do You See It?” campaign was the first to involve children in an international human rights reporting. Both the government and civilians have the opportunity to include children in the reporting, but the UN does not provide separate funding for this. The “How Do You See It?” campaign was initiated by the Hintalovon Child Rights Foundation. The report is the result of volunteer work by civilians, high school students and university students, the online advertising of the questionnaire was covered by a pro bono offering of 180,000 HUF from Facebook. The Foundation will make the campaign’s resources researchable and freely available.

“At the beginning of September, we presented the results to the Ministry of Human Capacities, and now we are working to make sure that parents, educators, and children get to know and utilize it,” commented Child Rights Ambassadors who organized the campaign and was involved in the process from the beginning.

“If we really have children in mind, then we have to go beyond what we have done for ourselves or what we think of them. We cannot talk seriously about the situation of children without asking their opinion. True answers require a new basis for thinking about children: only with the true involvement of children can we find true answers. It is in the light of their views that we can really see what kind of world we are building” said Barbara Németh, Program Manager.

The United Nations Commission on the Rights of the Child received a report summarizing children’s views at the end of August and will personally hear a report in October. Children’s experiences can influence proposals for the state in early 2020. However, the most important result of one years work was that children and adults worked together on depicting the situation of children, and the campaign showed children that we pay attention to them and their opinions matter. The next report on children’s rights in Hungary is due in 2024. 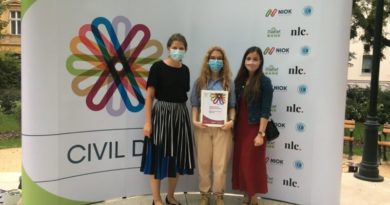 Recognition of the “How do you see it?” campaign

Our “How do you see it?” campaign in 2019 was the first to involve children in the UN’s process of assessing the children’s situation in Hungary every five years. This campaign was among the finalists in the Best Advocacy Initiative category (Civil Society Awards). 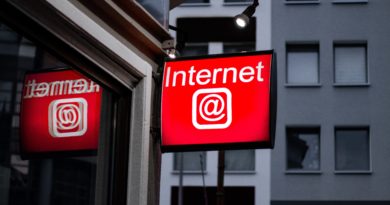 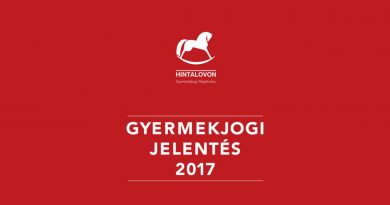 What happened to children in Hungary in 2017?

The Hintalovon Foundation published its report on the 24th of April 2018, introducing the most important matters of 2017 related to the rights of children.